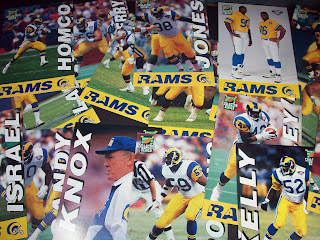 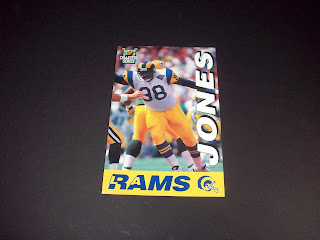 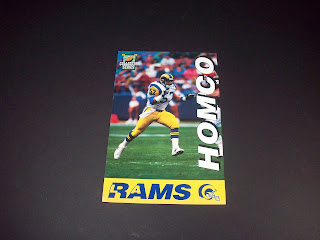 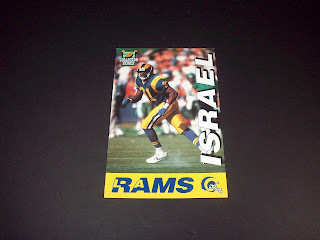 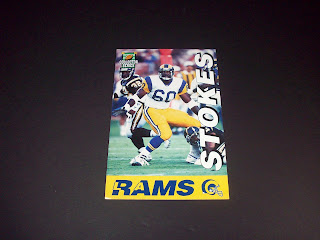 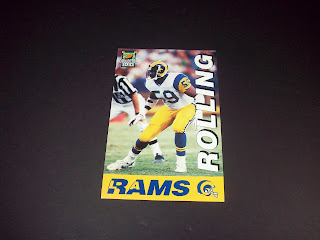 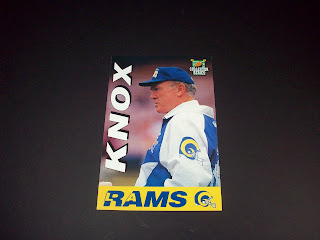 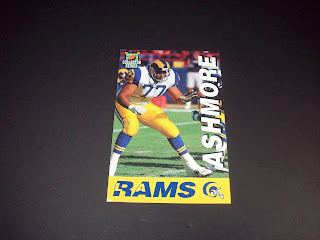 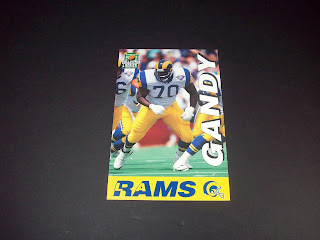 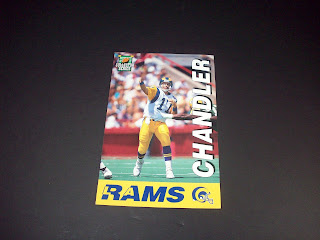 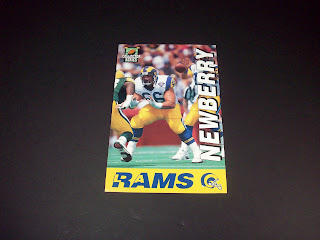 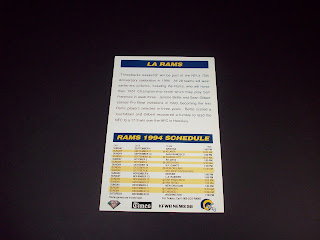 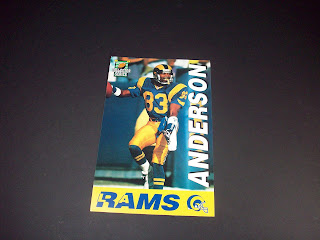 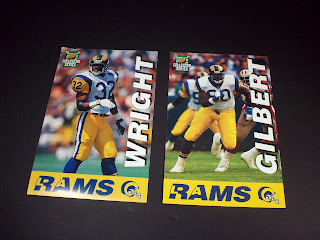 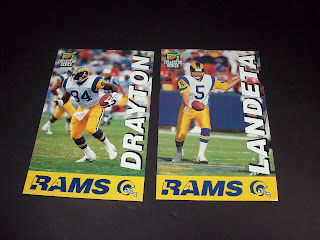 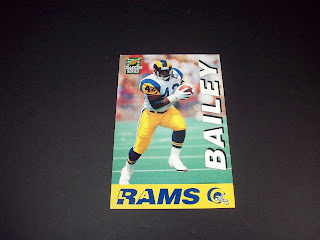 1994 is known in the NFL as the year football booted Los Angeles to the curb. In 1994 both the Rams and Raiders left LA, never to return. I hear the NFL is thinking about moving a team to Los Angeles in the near future but that seems crazy in the face of the fact that the Rams and Raiders could not pull fans in a town that has winning teams that play fairly well, along with just about every other type of world class entertainment, right in town. Go to the beach or fight traffic, crazies, and the most inflated prices of any sport? You can see why the Rams and Raiders died on the vine. The Los Angeles Times made and distributed these little sheets at the beginning of the 1994 season. I wonder if they would have made them if they knew the Rams were looking for the exit?
Posted by Steven R. Tabarez at 10:36 AM