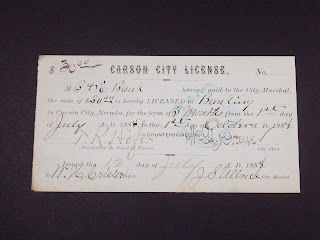 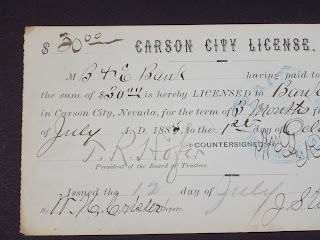 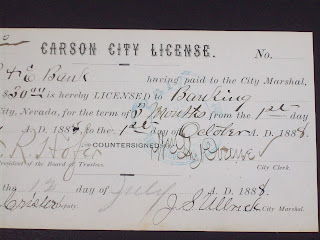 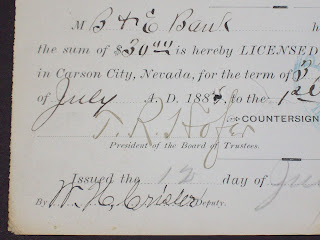 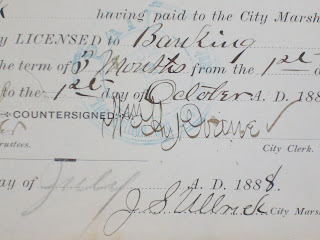 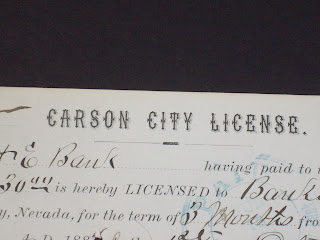 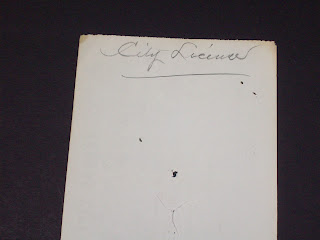 What I also like is that this license is signed by President of the Board of Trustees of the Bank, the City Clerk, the City Marshal and his deputy. I guess they needed the marshal in on the deal just in case he had to chase you down like a dog after you absconded with the funds of the depositors. In the case of the B & E Bank, for whom this license was issued, their downfall came when they could not account for a large amount of gold that was supposed to be in the bank but was "missing." This happened fairly frequently in frontier banking.
Posted by Steven R. Tabarez at 10:18 PM